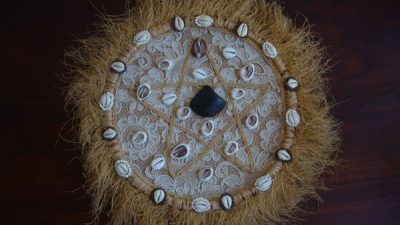 Note: Travel and accommodation expenses are to be paid extra !

If you want to know about your future then you need to consult :Super Natural Reading In Vienna .For this  divination or reading we will be  using yellow cowrie shells. The cowrie shell has protective properties and was first used by shaman and sorcerers for magical protection as well as against the evil eye. They quickly became popular for use in divination rituals. Generally cowrie  shells are part of the rituals and religious practices  of certain religions. It is common used on several continents such as West Africa ,South America as well in India.In south America is connected  with  Candoble ,Santeria and Umbanda. As per Hindu Shastra cowrie shell was obtained from “Samudra Manthan” along with Laxmi and other rare divine products. The cowrie shell has a flattened side with a longitudinal slit ,smooth and  rounded side. Shell has only two stable positions on a flat surface, with the slit side facing either up or down. Different priests use the shells in this natural state; then the outcome of the throw, for each piece, is either open or closed . The four shells represent the past and the future and are considered to be male or female. The priest conducting the divination will hold four shells in his  hand as they pray over your question. The priest  will blow on the shells and then toss them onto a table and examine how they fell. The priest  then interprets the shells.Depending on how the shells fall, any possible composite patterns can turn up, and each one has its own specific characteristics that the priest must be able to interpret.