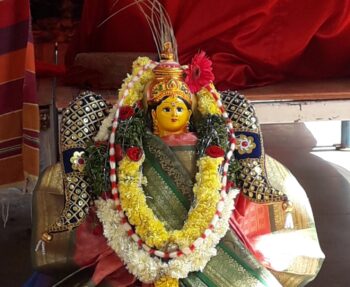 This is the glorification of the Devi in her  various 108 names . Durga Devi Ashtottara shatanamavali is the way to please the Goddess and humbly pray for her mercy.