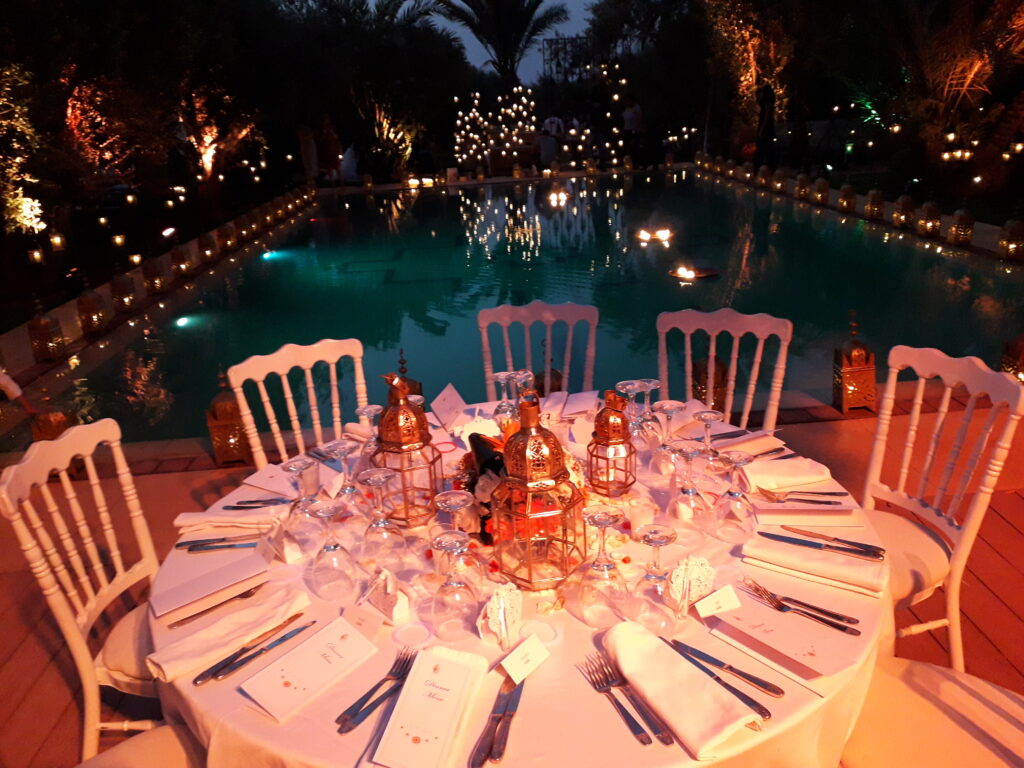 In almost all the literary books such as Ramayana, Mahabharata, Purana, Kalidas, etc., the
Hindu wedding ceremonies of Gods and Goddesses, great beings, king, and queen have been
mentioned very beautifully and in detail. If the worship, the Vedic rituals, and the Shlokas are
properly followed in life, then every marriage will be successful and the relationship between
husband and wife will never be broken.
Marriage or Panigraha is one of the most important and sacred events in our culture. The real
meaning of marriage is written in the Veda. In the Vedic rituals, various types of marriages,
how to follow rituals, rituals, how to recite the verses, and what all these mean is written.
Pandits read Shlokas and Mantras from these sources in today’s wedding ceremonies. In
ancient times, these traditions and rituals were spread over many days, but in today’s busy
society it is difficult to adjust to such a schedule. That’s why today many of these traditions
are performed during the night before the wedding ceremony. Mangal Phere: Every marriage
is incomplete without the ritual. During this ritual, the groom leaves the bride and takes her
home. During this time, the sorrow of separation from his daughter is reflected in the eyes of
the girl’s family. But in modern times it has changed, now there is a trend of a destination
wedding, these are many more new trends in the Hindu wedding. But the interesting thing is,
it gives us the opportunity to have a wedding as well as vacation with friends and family.
“A Hindu wedding in Italy is a religious bliss” this is what Arunika said to Mayank when
they discussed the places where they would want to get married. Arunika visited Italy in
winter when she was 16. Since then, she fell in love with its art, food, architecture, fashion,
and, most of all, its beauty.
The couple wanted a simple yet elegant wedding surrounded by the beauty of Italy and its
culture. The couple decided to have a three-day wedding affair with close family and friends
only. The wedding journey commenced with a grand welcome of the couple at The St, Regis
Venice, Italy. The corridors were decorated with flowers and ribbons. Huge banners were
stating Hindu weddings in Italy, and Arunika weds Mayank. The hotel staff offered
complimentary drinks with heartwarming wishes and congratulated the couple for the
wedding. All the wedding arrangements were made, and the rituals were scheduled for the
next two day.
The couple desired to explore the city of canals and its beauty. Arunika and Mayank first
wanted to visit Gondolas. The most iconic and thrilling spot the town is known for is its
Gondola rides through grand canals. The city oozes romance, and its ancient architecture is
mesmerizing. The couple also visited the Doge’s Palace, the most iconic designed church
Basilica Di San Marco, Piazza San Marco, Rialto Market, and Venetian Arsenal. At last, the
couple captured a few photographs featuring the exquisite beauty of Venice. Later in the late
evening the couple invited the family members and friends for dinner and began the days of
celebrating their love.
The next following day, Arunika and Mayank started their day with a small puja arranged at
the hotel. They took the blessings of Lord Ganesh for their peaceful future and happy
marriage.
The rituals of marriage begin with the colorful and joyous function of Haldi. Both the
families were pleased and delighted for the Haldi function. Everyone was dressed in vibrant
colors like yellow, red, orange, and green. The yellow color of Haldi is considered to bring
good luck upon the future of the to-be-wed couple. Families of both the bride and groom
applied a paste of turmeric to their hands, face, neck, and feet for enhancing the beauty and
preparing them for their wedding day.
Later in the evening, the sangeet and Mehendi functions were arranged. The Mehendi artist
applied beautiful Mehendi’s beautiful designs in the hands of Arunika and other women of
both the families. At the Mehendi-sangeet function, the families were interacting and bonding
with each other. They sang songs and danced and enjoyed the food. The couple took the
blessings of the elders. The elders of both the families showered the couple with love and
gifts. The couple with their families enjoyed dinner and market it as a memorable and
auspicious day.
The following day was scheduled to be the wedding day for our couple. The hotel sent
complimentary gifts for the couple, such as flowers, delicious breakfast, and the hashtag of a
Hindu wedding in Italy. The couple commenced the beautiful day and started getting ready
for the wedding ceremony. Arunika got dressed in a traditional red lehenga choli paired with
heavy jewelry such necklace, maang tikka, earrings, and nose pin. The bride also placed
chunri over her for covering her face. The gorgeous looks of the bride and beautiful reception
created a moment of perfection for the couple.
In contrast, Mayank was dressed in Indian attire, commonly called sherwani, and paired them
with Indian jutti (shoes). The couple arrived at the mandap and sat around the holy fire. The
pandit Ji started chanting mantra and began the wedding ceremony. Mayank and Arunika
made seven vows to each other while taking seven pheras in a circle around the holy fire.
Mayank placed a necklace around the neck of Arunika, popularly referred to as Mangalsutra,
and put red powder as Sindoor in the head of Arunika. The Mangalsutra, sindoor, and seven
pheras in the Agni circle are the essential rituals and traditions of a Hindu marriage.
The ceremony then followed with some other Hindu marriage rituals such as Jutta chhupaai
or Vidaai popularly known as bride’s wed off. After finishing all the traditions, the couple
with their families and friends danced, ate dinner, and celebrated their love and bond of
marriage. The marriage doesn’t just start with a beautiful moment but many more memories
of the destination. It’s an exotic experience to marry in Italy.